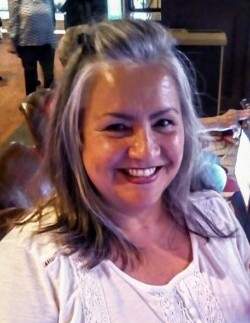 Charlotte T. Padilla, 66, of Albuquerque NM, went home to be with our Lord and Savior on Friday, December 17, 2021. She was the youngest of 13 children born to Enrique and Tomasita Jaramillo of Encino, New Mexico, on Wednesday, August 3, 1955. Charlotte is survived by her husband, Herman A. Padilla, daughters Jeanné C. Padilla; Teresa R. Gray and husband Billy; daughter in-law Sonya M. Padilla; grandchildren; Mikayla J. Padilla, Isaiah E. Espinosa, Amanda N. Padilla and Marcus I. Padilla; brother Felipe Jaramillo and wife Antonia; four sisters; Viola Larrañaga and husband J. Leo; Catherine Chavez and husband Justo; Cecilia Garcia and husband Gabriel; Rebecca Denison and husband Ray Ky; two sister-in-laws Barbarba Jaramillo and Rita Jaramillo; 28 nieces and nephews; 53 great nieces and nephews and 15 great-great nieces and nephews; and additional extended family members and friends. She was preceded in death by her son, Isaac Padilla; parents Enrique and Tomasita; twin sisters Paublita and Antonia; sister Ida Jaramillo; brothers; Juan Jaramillo, Jerry Jaramillo, Henry Jaramillo Jr and ex-wife Arcelia, and his longtime partner Linda Chapman; Patricio Jaramillo and wife Linda; two nephews; Jeremy Jaramillo and John Alfred Larrañaga and one niece, Cynthia Jaramillo. Charlotte attended Encino High School, where she was a Wildcat Cheerleader. After the death of her father, she helped her mother deliver the U.S. mail throughout Encino and the surrounding towns. She graduated in 1973, and moved to Albuquerque where she lived with her brother, Jerry and her sister-law, Barbarba. She started working at GTE Lenkurt in 1974, where she met her husband, Herman. They were married on April 26, 1975, and had three children, Jeanné, Teresa and Isaac. Charlotte became an Avon Representative on July 20, 1983, to earn what she called “mad money”. During her tenure with Avon, she met numerous customers that turned into lifelong friendships. Anyone she met was special and dear to her. After 37 ½ years with Avon, she decided to call it quits, and submitted her last campaign on December 4, 2020. She gave her life to the Lord in 1988, and touched countless lives with her testimony, and her love for Jesus. She was always willing to witness to someone to ensure that they knew about the Lord, or to simply pray for them. She never wavered in her faith! She loved going to yard sales and thrift stores, but mostly she loved spending time with her family and friends, especially her grandkids! We would like to extend our gratitude to everyone that was a part of her life, and we are eternally grateful for the love and support everyone has shown towards us during this time!

Please join the family virtually for the services. Click the link below;

To order memorial trees or send flowers to the family in memory of Charlotte Padilla, please visit our flower store.