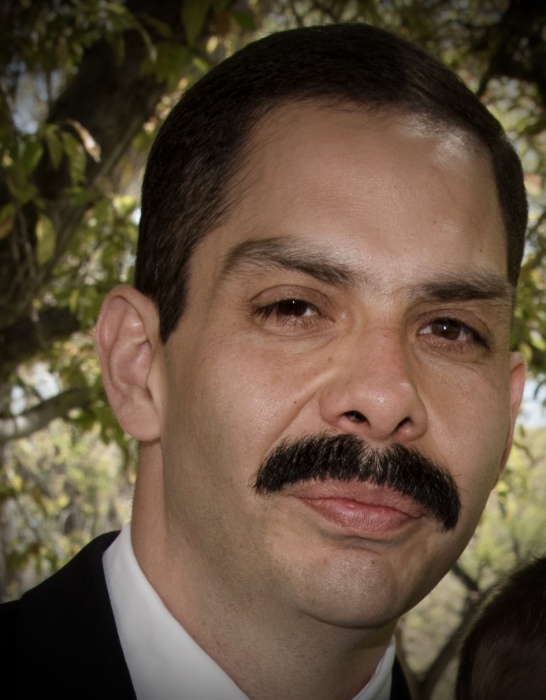 David Joseph Franco, age 39, resident of Albuquerque, lost his personal battle and departed this earth on Tuesday, October 22, 2019.  David leaves behind his loving wife, Amy and son, Kevin; his mother, Mary Ann and father, Franco; seven siblings and their spouses as well as many nephews and nieces, cousins, aunts, uncles, friends, and even aquantances who will all miss him.  David was preceded in death by his son Brian.

Gus graduated from Rio Grande High School and spent some time at UNM before deciding to enter the work force using the many skills he learned over the years. He worked as a technician, electrician, in information technology, as a mechanic, and as an all-around Fixer. His hobbies included photography, cooking, gardening, reading, camping, studying, and conducting the most thorough research of everything that caught his interest. He was an amazing husband, father, son, brother, and friend.

Although he tried every single day, the one fix that eluded Gus turned out to be himself. Despite maintaining a carefully monitored diet, exercising, taking an active role with his doctors, and always seeking truth, depression remained a constant challenge. So many people face these struggles and challenges and don’t know where to turn. His family would like to share the following quote attributed to Eleni Pinnow: “You have value. You have worth. You are loved. Trust the voices of those who love you. Trust the enormous chorus of voices that say only one thing: You matter. Depression lies. We must tell the truth.”  David Franco was a kind soul, and a gentle giant, and the world was a better place with him in it.

A Rosary will be recited on Saturday, November 2, 2019 at 11:00 a.m. at San Clemente Catholic Church, 244 Luna Ave. SE, Los Lunas, NM 87031 with Mass of Christian Burial to be celebrated at 11:30 a.m.  A Memorial will immediately follow the services in the San Clemente Parish Hall.  Bring your best Gus stories, and please wear bright colors.

In lieu of flowers, a memorial savings fund has been set up at Bank of the West for his son. Contact dfranco3@aol.com for details.

To order memorial trees or send flowers to the family in memory of David Franco, please visit our flower store.