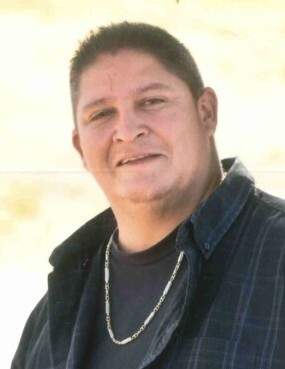 Donald Mondragon age 41, born on December 5, 1979 went to be with the Lord peacefully on March 9, 2021 surrounded by his loving wife of twenty-three years, Lisa Mondragon; his children, Emmanuel, Lynae and Xavier Mondragon; his very special furry friend, his English Bulldog, Dozier; many other family and friends that loved him deeply.  Donald was a lifelong citizen of the South Valley, born and raised.  He served his community tremendously as a Bernalillo County Animal Control Officer for twenty years as well as a South Valley Little League, Y.A.F.L. and Rio Grande Ravens Football Coach.  Donald’s sense of humor and laughter was contagious, he was an amazing storyteller. The love and passion he had for people and animals will long be remembered.  There was no place Donald would rather be than cheering on his children at sporting events.  His son, Emmanuel is currently in the Army; daughter, Lynae recently graduated high school in 2020, also preparing to join the United States Airforce, and Xavier is a freshman in high school, and an avid baseball player.  Donald was so proud of his children and their accomplishments.  In his free time, he loved to be outdoors where he spent a lot of time in Torreon, and Pecos, New Mexico where he enjoyed camping, fishing, hunting and spending quality time with his family.  Also sharing those times with good friends which became family.  Donald is preceded in death by his father, Donald Mondragon Sr.; brother, Carlos Mondragon; grandparents, Maclovio and Helen Mondragon; and Zorida and Jose Leno Angel. Donald is survive by his brother, Johnny and Mack Mondragon; sisters Delfina Mackall and husband, Sam, Consuelo Mondragon and, Sal; Mother Dolores Chavez; In-laws, Leroy and Lorella Alderete; sister in-laws Leandra Young and husband, Richard, Lori Ortiz and husband, Herman; many nieces and nephews. A visitation will be held on Monday, March 15, 2021 in the Gabaldon Memorial Chapel 1000 Old Coors Dr. SW at 5:00pm. With private burial to be held at a later date. Honorary Pallbearers will be Ozzie Holguin, Ivan Perea, Tim Sanchez, Pat Gallegos, Matthew Sanchez, Aaron Barros.

To order memorial trees or send flowers to the family in memory of Donald Mondragon, please visit our flower store.