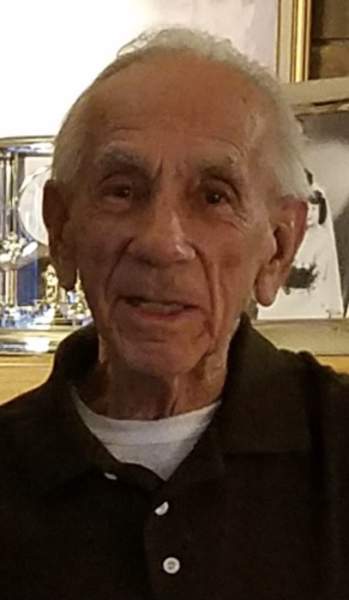 Frank Sedillos passed away peacefully in his sleep on December 16, 2020 after an all day visit with his family. Born in January 1926 in Allison, NM, he was the youngest of five half-siblings and the big brother to five sisters. When he was seventeen years old, he joined the United States Navy serving in the Pacific during World War II aboard the USS Current. After the war, he returned to Gallup, NM where he met his future wife, Barbara. They were married sixty-one years and raised nine children.

Frank had a superb work ethic as was evidenced by his forty years of service to the Federal government. Frank served in three branches of the military and was a proud World War II, Korean and Vietnam Veteran. His value of education came through when he spoke with his children and grandchildren about their academics. He beamed with pride when he attended countless graduation ceremonies and would brag to anyone who would listen about these achievements. Because he entered military service before graduating from high school, he was awarded his high school diploma in 2007 by then-Secretary of Education Veronica Garcia. Frank’s love for the outdoors came through during the time he spent camping, hunting, fishing and boating at New Mexico’s State parks. He closely followed the news and listened attentively to the music and dedications on 89.1KANW. He was an avid sports fan, followed many professional sporting events and was often front and center at extra-curricular activities for his grandchildren and great-grand children.

Frank is preceded in death by his wife Barbara, his children Frank Jr., Danny, Rick, Barbara Ann and Steven, parents Juan Jose and Rosabra, sisters Andrea, Julia, Dolores and Rosie, half brothers Facundo, Henry and Carmel and half sisters Concha and Mela.

Not only has the Sedillos family lost its patriarch, our country has lost one of its finest.

To order memorial trees or send flowers to the family in memory of Francisco Sedillos, please visit our flower store.