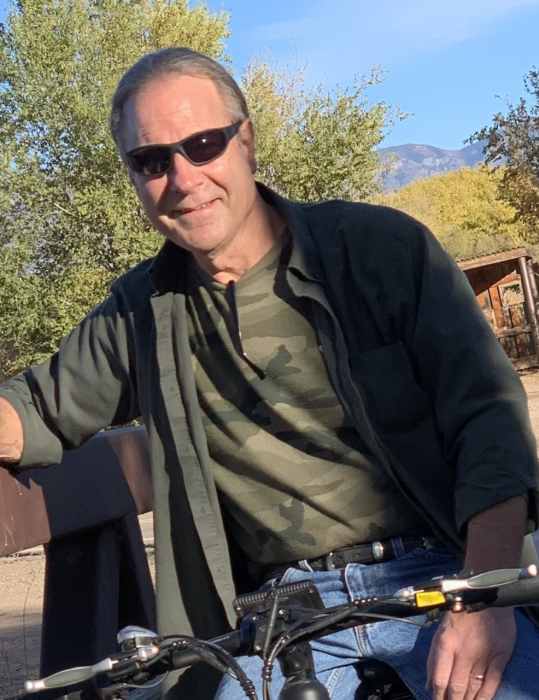 Joe Monroe Cottrell, age 67, passed away peacefully of a heart attack at UNM Hospital with his wife by his side. He was Born in Medicine Lodge, Kansas on January 11, 1955 to Lillian Kostelecky-Fleming and James Bucanan Cottrell.  Joe spent his childhood in Hutchinson,KS.  He was the third of four siblings.  As a young man joined the Army.  After being honorable discharged he decided to reside in Albuquerque, NM since the age of 21 years.  Joe retired from the City of Albuquerque where he worked for 30 yrs. as a Computer room Supervisor maintaining the City of Albuquerque Computer Center.  Where he met his wife in 2000 and married her later in 2008 and has been married for 15years.  In his free time he loved to ride his bike, go on hikes, ride his Jeep, and play with his beloved dogs. He was an awesome Papa to three grandchildren which he adored along with several nieces and nephews that he loved very much. He was a kind, giving soul with a shy spirit but when you got to know him you had a true friend for life.

Preceded in death by His Parents and step son Noah J. Chavez.

Funeral services will be held at Holy Family Church, 562 Atrisco, Albuquerque, NM on Friday, May 20, 2022 at 9:30am Rosary, 10am Catholic Mass with Reception to follow in Church Hall.

We are putting to rest only his body. His spirit, his soul, his amazing ability to give is still with us, always.  Please feel free to attend if you would like to pay respects.

To order memorial trees or send flowers to the family in memory of Joe Cottrell, please visit our flower store.