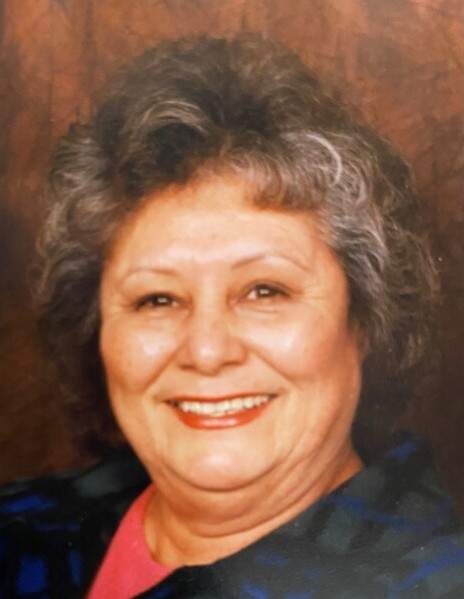 After a long difficult battle with cancer, MariaRosa Gertrudes Candelaria Jaramillo, primarily known as “Rosemary”Jaramillo, age 76, beloved wife, mother, grandmother and friend was peacefully called to be with Jesus on Monday, March 28, 2022 at 3:38AM. We were blessed with her arrival into this world on August 26, 1945 to Tony and Alvita Candelaria.

Rosemary was a Voter registrar for Bernalillo county.  She was also a dedicated secretary for Adobe Acres Association serving under Sheriff Hayes. Rosemary‘s primary focus in life was being a devoted disciple of her Lord and Savior.  This was clearly evident in her love and kindness to her fellow brothers and sisters in Christ as well as her dedication in supporting her church family.

Rosemary was preceded in death by her love of life Ramon “Raymond” Jose Jaramillo. She is survived by her children; RayJean and Ivan Chavez, grandchildren;  Mattalynn and Sean Navin, brother;  Alex Candelaria,  Sister;  Tonita Agnes Irene Candelaria, cousins;  Jeanette Padilla, Rosita Mora, Nestor Dominguez, along with many other cousins, nieces and nephews who are all loved dearly. She was especially proud of her granddaughter Mattalyn Chavez-Navin for her amazing achievement of becoming an MD.

Services for Rosemary will be held on April 6, 2022 at Saint Edwin’s Catholic Church located at 2105 Barcelona Rd SW, Albuquerque New Mexico, 87105 as follows:  9am:  Viewing, 9:30am:  Rosary, 10am:  Mass. A burial procession directly following the service will lead us to her final resting place at Mount Calvary cemetery;  1900 Edith Blvd NE, Albuquerque, New Mexico. 87102.

We are honored to have father Peter Muller Of Saint Edwin’s church officiating Mass And Deacon Pablo LeFebre of Saint Edwin‘s church officiating internment. We would like to extend special thanks and blessings to Gregorita Valdez and Angela Panter for all of the preparations, all of our pallbearers:  Mike Lovato, James Jaramillo, Nathan Candelaria, Martin Montano, Allan Sanchez, Chris Myers and honorary pallbearer:  Jesse Montano

We would also like to extend special thanks to Father Peter Muller, Deacon Pablo LeFebre,, St. Edwin‘s Catholic Church, Gabaldon Mortuary and Mount Calvary Cemetery and above all;  Jesus Christ our Lord and Savior.

To order memorial trees or send flowers to the family in memory of Maria Rosa Jaramillo, please visit our flower store.