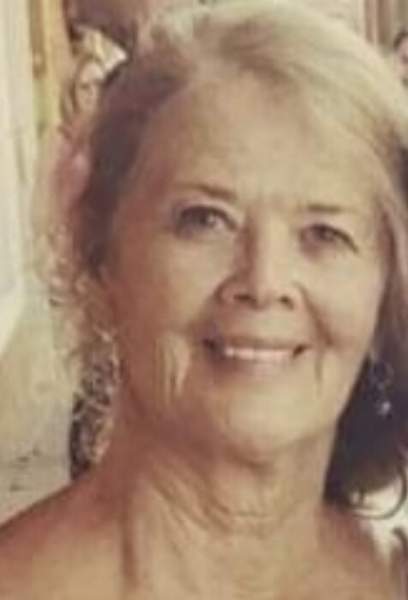 Mary Jane Gillette (Maria Tortilla), a loving wife, mother, grandmother, sister, and friend. We will remember her always. Mary Jane left us on February 25, 2021 at the age of 73 after a courageous battle with cancer. Mary Jane's love of life didn't come to an end with her death and will carry on in her loved ones who will continue to honor her legacy by living their lives to the fullest. Mary Jane is survived by her husband Floyd who she married in 1984. Theirs was a whirlwind romance that turned into lasting love. Mary is also survived by her daughter Sharon, son in law Shawn, grandchildren Zackary, Isaac and Savannah. Mary was a kindhearted, caring and loving soul with an infectious smile.

This last summer in 2020 my mom developed a cough that wouldn’t go away. We finally convinced her to go and get it checked out. She was diagnosed with Pneumonia so she took the medication the doctor prescribed thinking she would get well. After the medication was gone, she still had her cough. She started to feel sick and we finally convinced her to go to the Emergency Room. Once she was there, they diagnosed her with Cancer, again. They did tests on her and discovered that the Cervical Cancer she had 7 years before had come back in her left lung. The doctors removed a large mass and drained fluid which allowed her to breath and be more comfortable. They told her what her options were and she decided to fight and take the treatment even though she knew it would make her sick.

She was nervous about the treatment but I told her to pretend that she was going into battle and to visualize the Chemo destroying all the Cancer cells. Her grandson Zack said she needed a nickname so he came up with Grambo for Grandma and Rambo because Rambo has a high amount of strength and stamina and is an expert in surviving against a large number of enemies. She loved that nickname and she mentally prepared herself for battle. She said she visualized orange and green light in her body that would disintegrate the Cancer cells. She started the treatment and took Reishi Mushrooms that her nephew John recommended. The blood results after she began her treatment showed that the treatment was working! We were all so excited!! After each treatment her Cancer Antigen count was dropping and we were so hopeful for the future.

During this time so many people reached out to and connected with my mom. I talked to her on the phone just about every day and she would excitedly tell me who she had talked to on the phone that day. She was able to talk to old friends that she hadn’t spoken to in years. Family that cheered her up and helped keep her thinking positively. She also received many gifts in the mail. She would be overcome with joy and cry happy tears thinking about all the people who loved her. She told me that no matter how hard the treatment was and that if she didn’t make it in the end it was worth doing it because of the time it gave her to experience these relationships.

After her last Chemo treatment on January 29, she said that she felt different. I asked her what she meant and she said that she had stabbing pain all over her body. This was a new symptom. She became very weak over the next couple of weeks but her spirit was still good. When I spoke to her on February 15, she mentioned that if felt hard to breath well. I encouraged her to tell the nurses that she talked to. On February 17, she told me that she was feeling too weak to walk and Floyd had to get a wheelchair to take her in to get her blood test. The next day she was feeling worse so they rescheduled the Chemo treatment she was supposed to have on the 19.

She was not eating very much and would eat less and less each day. I decided to go to her house on Friday February 19. She wasn’t going to let me see her because she thought I would be afraid of how she looked. She was so thin and weak but she was still so beautiful and I told her that I loved her no matter what she looked like. She decided to let me stay so we talked and laughed, I read a book to her and made some good memories that I will cherish.

Sunday evening, she was feeling dizzy and her heart was beating rapidly. Floyd called to tell me they were going to the hospital in Santa Fe. I met them there and stayed with her until they transported her to Albuquerque. That night she was joking with the doctors and talking to everyone. The next morning, she woke up confused. She couldn’t answer the doctor’s questions and she wasn’t making sense. This was a big change from the night before.

There was only one person allowed to visit at a time and a maximum of two people per day so Floyd went and spent the day with her he said she was really confused. I went and spent the next day Tuesday with her. She had declined greatly from Sunday when I had last seen her. She couldn’t carry on a conversation and her features had changed. She would look straight ahead and make gestures with her hands. Some of the things she said were, “I love you.” “No more time.” “One more night.” “You have to let me go.” “Freedom.” and the last words she spoke were “I love you, always.”  She went to sleep after that and was resting comfortably when I left that night. She was on 4 ltrs of Oxygen when I left.

We had spoken to Jeannie in Palliative Care and discussed making arrangements to do hospice and get my mom back home the next day on Wednesday the 24th. The plan was for her to be transported Wednesday afternoon. My mom’s sister Roseann went and spent the morning with her. Then Jeannie called me and said that they were worried about transporting my mom. She was now on 15 ltrs of Oxygen and declining rapidly. We discussed our options and decided to transport her to in hospital hospice care because we were worried that she wouldn’t survive the 100-mile trip home. This also allowed two people to visit at a time for 24 hours.

When we arrived at the hospice care hospital Floyd and I stayed with her all night. She opened her eyes a couple of times and smiled. The rest of the time it was like she was sleeping comfortably. The nurses there treated her with respect and compassion. They made sure she wasn’t suffering and was comfortable. She passed the next day at about 4:20 in the afternoon.

Her body was picked up by a family friend Marissa who works for some of the Funeral Homes in Albuquerque. Marissa was like another granddaughter to my mom. Her mother Valerie met us in 1983 when we bought the house on 11th Street in Las Vegas. She was 4 years old and she would hang around and play with me and hang out with my mom and Floyd. We have been in each other’s lives for 38 years and I consider her my sister. Her daughter is Marissa and she loved my mom. It was really neat that my mom was picked up and escorted to the Funeral Home by someone who loved her.

My mom’s body was taken to Gabaldon Funeral Home in Albuquerque. Her wishes were to be cremated. She does not want a funeral, rosary or mass. She said that the best way to honor her would be to sit outside under the stars possibly around a fire and share memories of her. I decided to create this page so that we can share memories here since we really can’t gather together anyway during this Pandemic.

My mom was a special lady. We used to joke that she was ahead of her time because the things she liked to do like and her interests became popular. She loved spending time with friends and family and reading books about the afterlife. She was intellectual, humorous, adventurous and loved freedom. She will be missed.

To order memorial trees or send flowers to the family in memory of Mary Gillette, please visit our flower store.