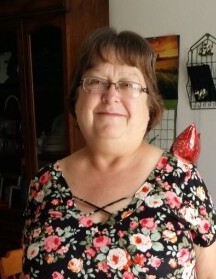 Mary Louise Gonzales age 61, a resident of Albuquerque, New Mexico, passed away on October 8, 2021. She is survived by her partner of twenty-eight years, Jose Herrera; her children, Shannon Gonzales, Herman Herrera Jr., and Janessa Herrera; grandsons, Steven Gurule and Joshua Gonzales; sisters, Loretta Martinez, and Diana Sena; several nieces, nephews, cousins, and friends. She was preceded in death by her mother and father, Arturo, and Nieves Gonzales. A Funeral Service for Mrs. Gonzales will be held Tuesday, November 9, 2021 at 11:00am at Calvary Chapel located at 6510 Fortuna Rd NW, Albuquerque, NM 87121, and a Reception to follow funeral Service.

To order memorial trees or send flowers to the family in memory of Mary Gonzales, please visit our flower store.