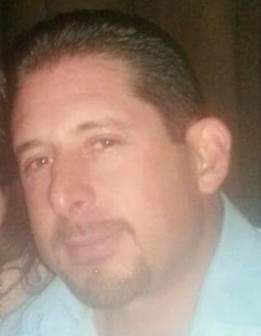 Roger Ramirez age 44, a resident of Albuquerque, New Mexico, passed away on June 12, 2022. Roger is survived by his mother Maureen Chavez and JerryChavez; father, Frank Ramirez and wife, Shelley; son, Cruz Ramirez; sister, Victoria Ramirez; half brother, Joseph Delgado; grandmother, Sally Rivera; one niece, Laniya Roberts; one nephew Steven Ramirez; many aunts, uncles, cousins, and friends. Roger was preceded in death by his brother Frank Jr., grandfather, Phil Rivera, and his grandparents, Eric and Rose Ramirez. Services will be held at St. Anne Catholic Church 1400 Arenal Rd. SW. A Rosary for Roger will be held Tuesday, July 5, 2022 at St. Anne Catholic Church at 8:15am with a Mass to follow at 9:00am.

To order memorial trees or send flowers to the family in memory of Roger Ramirez, please visit our flower store.

Recitation of the Rosary