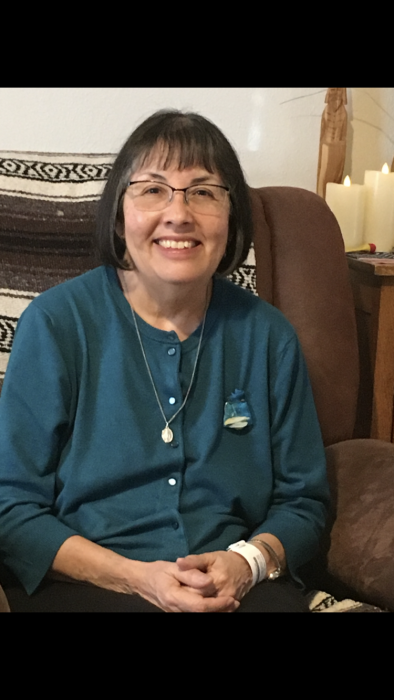 Sally Montoya (Garcia), beloved grandmother, mother, wife, sister, and daughter passed away April 20, 2020 after a strenuous battle with cancer. She was surrounded by her loving family at her Albuquerque home for her transition into heaven.

Sally was born in 1955 in Las Vegas, NM.   She graduated from Grants High School in 1973 and attended business school shortly after.   She attained a job as a legal secretary and was a long time employee for Rodey Law Firm.  Her work brought her an immense amount of joy and purpose. Her work ethic and organization were unmatched, and her impact on people was so positive and meaningful that it still resonates with her first employers, even after 25 years. Agnes Wolfe, her best friend, and co-worker for many of those years said, “She was the fastest typist, shorthand taker, and proofreader ever- she had skills. People are spoiled now with technology.”

In 1974, she met Henry Montoya at a Latin dance club in Albuquerque where he asked her to dance. Two years later, they were married. They built a beautiful life together and had two children. Sally was the heart of her family, first to lend a helping hand, always making sure everyone was taken care of. Her smile was as pure as her soul, and she was always improving the lives of those around her. Her strength and stability promoted a loving and open environment for her kids and grandkids to grow and flourish. Her humble nature and deep insight sometimes felt angelic. She will be deeply missed.

The family of Sally Ann Montoya suggest in lieu of flowers that donations to the Children’s Cancer Fund of New Mexico be made in memory of Sally who loved children.  A loving mother and grandmother, she was especially sad to see children going through cancer treatments when she was receiving her own treatment.

Memorial services will be conducted at a later date. Please check back for further details and updates.

PLEASE TAKE PROPER PRECAUTIONS WHEN CHOOSING TO ATTEND ANY SERVICES. If you are sick in any way please avoid attending any social gatherings.  Please wash hands thoroughly and avoid contact via hand shaking and hugging when possible

To order memorial trees or send flowers to the family in memory of Sally Montoya, please visit our flower store.