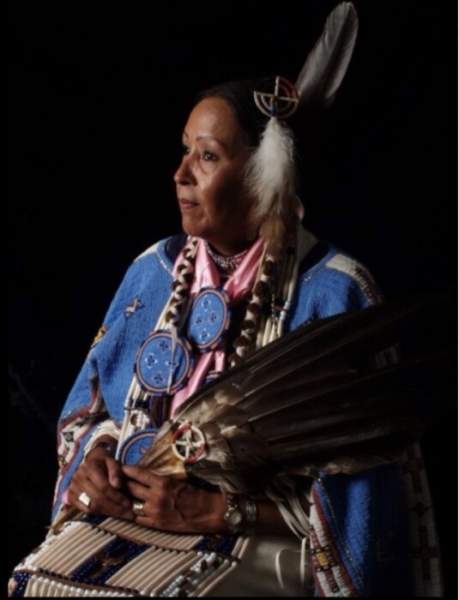 Vanessa Kay Lind, age 59, of Albuquerque New Mexico passed away peacefully on Sunday January 23rd, 2022, with family and friends at her side at the University of New Mexico Hospital. Born on January 30th 1962 in Aberdeen South Dakota, Vanessa Kay LeBeau was born to Dwaine Medard LeBeau and Rita Ann Swiftbird, both members of the Cheyenne River Sioux Tribe. Vanessa’s early adulthood was spent in the Northern Virginia area raising a family. She returned to the western US and worked for many years at University of Kansas Medical Center (Kansas City) and St. Luke’s Hospital (Albuquerque). She then pursued her passion for baking, graduated from culinary school and became a professional baker, most recently a pastry chef for Norwegian Cruise Lines. Vanessa’s other family is her many friends and acquaintances in the powwow circle. Vanessa was a traditional Lakota dancer, which led her across the county enjoying life in the circle. For much of her life, she was a prolific and well known beader. She was also adopted into the Oklahoma Gourd Dance Veterans Society where she represented the LeBeau family and honored her father and grandfather’s service in Korea and World War II. Vanessa was an avid Kansas City Chiefs fan, enjoyed playing golf, and most of all loved spending time with family and friends. Vanessa helped others anyway she could and she supported family and friends in their time of loss; her strength and kindness were a comfort for many. Vanessa leaves behind her daughter Angela Ray and her son Ricky Moore. In addition to being a mother, Vanessa was happy to become a grandmother in 2007 to Mari Ray and Kayla Ray 2008, from Angie Ray. Unfortunately, Kayla passed away in 2013. Vanessa was also grandmother to Taitum Moore in 2008 and Gabby Moore in 2015, from Ricky Moore. Vanessa leaves behind brother Jay (Sharon) LeBeau, brother Clint (Debbie) LeBeau and sister Tracey LeBeau (Dean Polchies). Vanessa is preceded in death by both her parents and grandparents: her father Dwaine LeBeau; her mother Rita Ann Swiftbird; her paternal grandparents Albert “Ralph” (Beatrice) LeBeau; maternal grandmother Elsie Swiftbird Garreau, and in 2019 her brother Monte LeBeau. Vanessa’s final wishes were to be cremated and her ashes will be scattered in the Sandia Mountains by her daughter at a very special place to Vanessa. A celebration of life will be held at a date to be announced. At this time, the family request is to remember and honor her life with a prayer to help her with her journey and celebrate her life with a laugh and happy thoughts.

To order memorial trees or send flowers to the family in memory of Vanessa Lind, please visit our flower store.